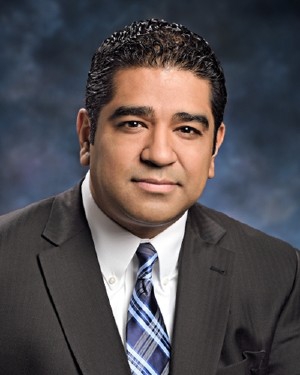 Partner
Connect with me

Alan’s recipe to success is made up of just the right amounts of innovative ideas and traditional values.  In the courtroom, Alan capitalizes on things like cutting-edge technology and out-of-the box ideas.  Outside of the courtroom, it is easy to be overwhelmed by all of the noise surrounding personal injury lawyers.  Alan sets himself apart with the level of service and unique personal attention he gives each of his clients.  This type of service results in positive word-of-mouth referrals, which is the best advertisement that no money can buy.

As a personal injury trial lawyer, Alan focuses his practice on aggressively advocating for the injured in courts all over the State of Florida.  Whether the case involves a motor vehicle crash, medical malpractice, nursing home abuse or neglect, or institutional child physical or sexual abuse, Alan’s principles of dedicated service and unrelenting advocacy are a powerful combination.  Alan has been recognized as a “Rising Star” by Florida Super Lawyers Magazine for 9 consecutive years, from 2012 through 2020.  This designation is bestowed upon no more than 2.5% of Florida lawyers every year based on independent research designed to recognize lawyers who demonstrate excellence and professionalism in practice.

Alan's career has been highlighted by extensive participation in local and state-wide bar organizations.  Alan is currently an active member of the Sarasota Bar Association and the Judge John M. Scheb Inn of Court, organizations which promote collegiality and comradery among local lawyers and judges.  Alan is an active "Eagle Member" of the Florida Justice Association and is the Chair-Elect of the Florida Justice Association’s Solo/Small Firm Section.  Alan is also currently serves on the Twelfth Judicial Circuit’s Grievance Committee “A”, the Florida Bar Committee that investigates complaints against members of the Florida Bar.  In the past, Alan has served as a Florida Supreme Court appointee to the state-wide Standing Committee on Fairness and Diversity, serving multiple terms.  Alan has also served as a mentor in the Faces of Accomplishment mentorship program and as a mock trial attorney coach for Booker High School’s Mock Trial Team.

Alan reads, writes and speaks Spanish. Alan is a graduate of St. Mary's University of San Antonio Texas and of the University of Dayton School of Law.  In law school, Alan achieved the "CALI" award for study in his insurance law class, an award given to the student who achieves the highest grade in any particular class.  Additionally, Alan served as a VITA (Volunteer Income Tax Assistance) volunteer, helping Spanish-speaking people fill out and file income tax return documents.  Currently, Alan is licensed to practice before all state courts of the State of Florida, the Federal District Court for the Middle District of Florida, and the United States Court of Appeals for the Eleventh Circuit.